Sir Anthony Seldon, who is a patron of the Teen Yoga Foundation, can’t make it to the Instill conference this year, but he recorded some personal thoughts about yoga in schools. These can be found in this video.

Our patron Sir Anthony Seldon, talks frankly about his view on yoga in schools.Sir Anthony Seldon is a political historian and commentator on British political leadership as well as on education and contemporary Britain. He is also Vice-Chancellor of the University of Buckingham.He was previously the 13th Master (headmaster) of Wellington College, one of the country's most famous and historic independent schools. He was co-founder and first Director of the Institute of Contemporary British History. He is also author or editor of some 40+ books. 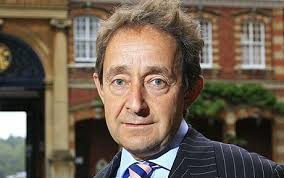 See you at the conference!!